Updates to Benjamin H.'s profile since your last visit are highlighted in yellow. 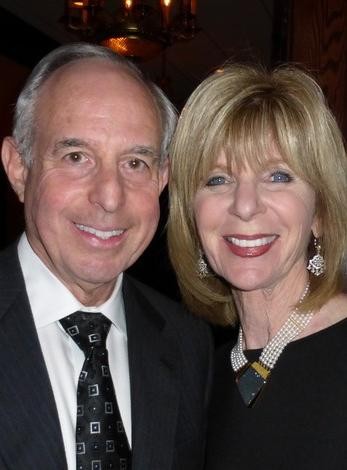 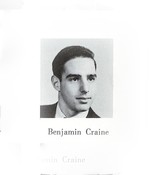 After graduating from college, I began working in our family photography business. In 1978, I sold the studios to a national photography company. I worked the next four years for the parent company, Prestige Portraits/Lifetouch, running the Detroit studio division, and also as Director of Marketing for our national senior portrait and studio division.

After four years with Prestige Portraits/Lifetouch, I realized I was not very corporate; as a result, I moved on to another entrepreneurial business. As the B. H. Craine Company, we buy from paper mills reject and surplus industrial packaging papers. We then convert the large mill rolls into smaller counter rolls or sheets, and we sell through distributors mostly in the Midwest, but we do ship paper across the country.

After Mumford, I headed for the Wharton School at the University of Pennsylvania. Majored in Accounting, but spent at least as much time working in theater. I was a lighting designer, including a year as the lighting designer for the Pennsylvania Ballet Company, a new, regional, professional company. After Wharton, I returned to Michigan and married Vicki Miller [celebrated our 45th wedding anniversary last year]. Vicki is an interior designer.

After returning to MI and beginning work in the photography business, I completed a Masters degree in Radio and Television; afterward, I completed the course work for a PhD in Communications [no, never did the dissertation]. While at Wayne, I began teaching a course in Oral Communications and spent the next 31 years as an adjunct faculty member at WSU.

For many years, I have served on the Boards of both the Penn & Wharton Club of Michigan and the Penn & Wharton Club of Arizona. In 2005, I was asked to become a member of the newly-formed GAN [Global Alumni Network] Advisory Board, and in July, 2010, I became the Board’s Chairperson. In 2008, I was both surprised and honored to receive the University of Pennsylvania Alumni Award of Merit, one of only four or five given each year.

Keeping with the Television background, I have served on the Bloomfield Township and Bloomfield Hills Cable Access Board for the past 27 years, including serving as its chairperson for the last 22.

Our daughter, Ellyn, is a Breast Cancer survivor and has become very involved in both the Susan G. Komen 3-Day [60 mile] Walk for the Cure and FORCE, an support organization for carriers of the BRCA gene mutation. Vicki has joined Ellyn, walking the 3-Day for the past three years. Last year, I was one of only three photographers nationally selected to be staff Official Photographer for one of the 3-Day Walks; it was great joining Ellyn and Vicki in this worthy cause, and it's been fun seeing many of my photos in the national brochures for 2011. This year, I will be the only staff photographer, nationally, photographing for Komen.

13 years ago, Vicki and I built a house in Scottsdale, where we spend six months each year.

Hi Ben, Happy birthday coming up. Would love to talk to you by phone--617 480-0122, my cell. Best to Vicki and the rest of your family, Saphira (Barbara Linden)

Back to Benjamin H.'s Profile Details