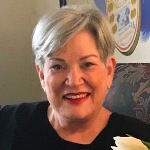 As the child of Holocaust survivors Dorie understood the brevity and darkness of existence, but pursued a life powered with creativity and beauty. Blessed with a brilliant mind and indomitable spirit, she leveraged her creative passion to educate, inspire, and uplift her community. Mrs. Shwedel lived all the varied aspects of her life with a passion that electrified her colleagues, friends, and family.

Like many women of her generation Mrs. Shwedel began her career as a teacher. Her first job was teaching English at Ferndale High School. Her ingenuity and ambition soon led Dorie to use her talents in advertising, working at Doner. She stepped away from a promising career to focus on raising her family. Later she started her own PR firm, soon becoming a marketing consultant at JVS, where she pioneered successful fundraising events, such as Strictly Business, that transformed the organization’s impact in the community.

Dorie and Marvin married in 1968. Their personalities were the perfect complement, and they were true partners for life. They built a serene home for their children, modeling a Jewish life filled with learning. Dorie brought a sense of humor and joy to parenthood that nurtured her children, encouraging excellence, and supporting them in pursuit of their individual dreams.

Mrs. Shwedel’s creative pursuits extended to her community. She became a steward of the Frank Lloyd Wright house built by her husband’s aunt and uncle, Sara and Melvyn Maxwell Smith. Dorie tended to the building’s maintenance, led tours, and hosted memorable events that showcased the home’s great beauty. She eventually helped ensure their legacy by facilitating its transfer to Cranbrook.

Dorie lived life to the fullest. She created lasting memories for family and friends with holiday traditions, special events, and seaside vacations. She left an indelible impression on everyone she met.

It is suggested that those who wish to further honor the memory of Doris E. Shwedel may do so by making a contribution to: