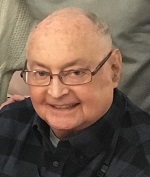 The Funeral will be held at IRA KAUFMAN CHAPEL on Monday, 30 April 2018 at 11:00 AM .
Rabbi Paul Yedwab and Cantor Neil Michaels will officiate.
Interment at Beth El Memorial Park.

It is suggested that those who wish to further honor the memory of Jay Stark may do so by making a contribution to: