Updates to Bill's profile since your last visit are highlighted in yellow. 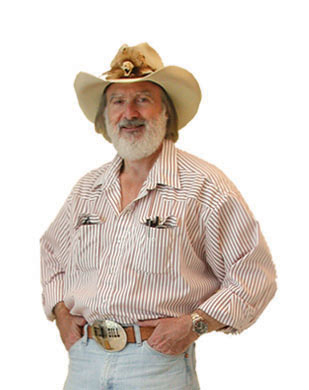 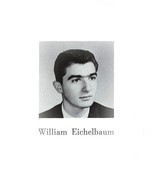 
[More detailed info under "comments" below.]

Grizzly Bear and mountain lion studies, global climate change studies, weightlifting & bodybuilding, politcal science studies incorporating psychology, reading & writing, research in metaphysics. A leg injury forced me to give up skiing, and another finger injury prevents tennis, golf, and bowling, but I can still hike, mountain climb, and horseback ride in the mountains. I use a tractor to mow 5 acres of land on my forested ranch, and giant snowblowers to keep my 120 yard driveway clear in winters of from 6 to 11 feet of snow.

I retired early (56) from a career in Aerospace Engineering & Computer Sciences to move to Montana near Glacier National Park and The Bob Marshall Wilderness Complex in order to study grizzly bears and the effects of global warming on glaciations. I had visited this area over a 25 year period and decided I had to live out my retirement years in this “Last Best Place.” My modest historical BearKat Ranch homestead in Badrock Canyon was built in 1905 by Mr. Martin, who later founded the nearby town of Martin City in 1915 at the same time Jim Coram founded the town of Coram, both to provide a community for the workers who built the nearby Hungry Horse Dam completed and dedicated in 1953.

It was during these past 10 years (since the 40th reunion) that I discovered the satisfaction of writing newspaper editorials (200) for several local newspapers and Canadian newspapers. My previous technical writing career had involved DOD Top Secret projects that precluded my being a public figure: Gemini Space Capsule, Phantom F-4 Fighter Jet, MX-Peacekeeper ICBM, Star Wars Lead Engineer, and many classified programs involving information gathering via spy satellites. I was employed by Boeing, Lockheed-Martin, and numerous computer systems subcontractors. In those earlier years I also consulted to DOE Research Labs, NCAR, NOAA, and the Intelligence Community in computer sciences.

Along the way I vacationed throughout the world: England (3), France (3), Switzerland, Norway, Denmark, Sweden, Holland, Alaska, Hawaii (3), Caribbean (3), Mexico (3), Canada (several); and traveled all of the lower 48 states (except North Dakota). My favorite places to vacation were the national parks throughout America and Canada that I spent all of 1996 visiting with a lady friend, putting 60,000 miles on my Ford F350 pick-up truck with topper. We skied, hiked, and horseback rode in the mountains, canoed and white-water river rafted, for 12 months on voluntary, self-imposed, work sabbaticals. Many close encounters with wildlife to tell about.

My reputation is one of being a greenie, tree-hugging, liberal, but that is only deserved on the subjects of wildlife survival, wilderness ecology conservation, protection of the environment, and government regulation of corporate greed and misconduct representing capitalism gone wild. I can be quite conservative on subjects of gun ownership, bundle of property rights, law & order, free market enterprise systems, unobtrusive government, and fiscal responsibility. Most social issues find me spinelessly moderate. In any event, the average of my viewpoints are set in a politically independent, but forceful tone to try to be influential and foster change amongst this ultra-conservative majority Flathead County, Montana community I am dedicated to serve from a minority position. It is my way to “give back” to society.

I don't get any local human visitors to the BearKat Ranch with a creek running through it, near the designated scenic Flathead River, since I share the acreage with grizzly bears, black bears, mountain lions, lobo wolves, coyote, swift fox, raccoons, skunks, moose, elk, white tail deer, badgers, wolverines, and two stray cats [one has been eaten by a mountain lion] that adopted me. I am not a hunter and my calm body language and non-threatening emitted energy field provide me safe passage amongst the wildlife I share my ranch and fruit orchard with. On rare occasions I get lady visitors from out of state who have no fear of wildlife or the wilderness. (I am currently single....and have no family.) On more frequent occasions I have close encounters with wildlife critters, but have never been harmed. Many stories to tell.

The time period from 1961 to the 40th reunion was better covered in my previous submittal of a bio at that time. This submittal primarily covers these past 10 years up to this 50th reunion.

I am interested in hearing from old friends and reading their bios.

My only memories of Mumford were the conflicts of focusing on studies so I could be accepted to a college vs. the distraction of all of the pretty girls. I only scored 96 percentile on the National Merit Scholarship Exam when a 97-99 percentile score was required for a college scholarship. Thanks, Georgene and Margi!!! :>)

Thanks a lot for keeping this website going for so long. I had to sell my little wilderness ranch near Glacier National Park and auction off my vast art and antiques collections and put myself into an old folks home in the ski resort town of Whitefish, Montana. My status as an independent, progressive, environmentalist now limits my Op-Eds getting widely published anymore. Type 2 Diabetes and lower back aging slows me down a lot. I hope you are surviving well the ravages of time and that aging process. Be safe, take care, stay well in this new world of climate change and pandemics. Not my choice for an end-of-life scenario. Best to you and yours.

I am very saddened by the current state of affairs in America. I feel bewildered and betrayed. How can this be happening?

Prior to retiring to Glacier National Park and the Great Bear Wilderness Area to study grizzly bears and global warming impacting the glaciation, I was an aerospace engineer and computer sciences consultant working on Top Secret Programs with access to Dept. of Defense and Dept. of Energy Nuclear Weapons Labs in order to provide optimized computer solutions for mathematical algorithms in the defense of our nation and the free world.. I was following a patriotic career path and felt good about myself for doing so.

Today I am tormented by the evilness of the President of the United States, Donald Trump, and his cast of hard core voting supporters: KKK; Neo-Nazis; skinheads; white supremacists; non-college educated; et al. I watch as the lunatics run the asylum. What am I to do to help recover our value system?

People that I know and can readily communicate with are stunned and equally dumbfounded as to why this happened. How can America have turned into such a mess, now run by outlaws? Can we recover our country before it is too late? (I worry that we cannot.)

The evil Republican Party is responsible for this atrocity, but the weak Democratic Party is guilty of allowing it to happen by not properly mobilizing and adequately fighting back. One third of our national society is non-partisan independents and must helplessly, hopelessly stand by with no party to represent us and put a stop to the madness. Can this outlaw POTUS not be declared mentally incompetent and removed from office for the good of our nation and the free world? I want my country back. —Bill Baum, Martin City

I am aging rapidly now but my pride of attending the U. of Michigan will last for my forever. I, controversially, earned two bachelor degrees at the same time in Mathematics and Engineering back in 1965 when it was not allowed. Nevertheless, it provided me with self-assuredness in life that served me well: A sterling career in aerospace engineering and computer sciences consulting with a DOD Top Secret security clearance. Along the way, at night school, I did graduate studies in law and MBA at other universities. I knew presidents, congressmen, and generals.

Michigan was ranked top four in the nation in engineering back then. They offered college degrees in all of the many other disciplines as well, unlike any other college in America, and most ranked in the top ten. Michigan, Harvard, and Yale provided a reciprocal professor exchange program and I was rewarded by taking classes from visiting Harvard professors. Also very rewarding were the many famous visiting guest speakers of note that I had the chance to meet and talk to. In sports, Michigan competed in every sport and finished in the top ten in each, unlike any other college in America. Football was most popular and Michigan has won more games than any other college, ever, with Notre Dame a distant second. Twenty percent of seats in classrooms were reserved for foreign students giving Michigan an international intellectual flavor. Go Blue! “Hail to the victors valiant…”

The famous Cazzie Russell ended my hopes to play varsity basketball, since we played the same position, my 6’0” and 175 lbs. to his 6’6” and 235 lbs. with his ultimate status as college player of the year. To get even and pay him back, I tutored him in English to keep him eligible to play, while I played intramural basketball and football for Gomberg House and won championships in both. They were challenging times for me as I missed a National Merit Scholarship by one percentile point and had to work numerous part-time jobs to survive.

Today, I am long retired and living on a little wilderness ranch near Glacier National Park and the Great Bear Wilderness Area in Montana studying grizzly bears for their survival and doing global warming research, as I am also appointed to many national forest management planning committees by the governor. I constantly write hundreds of newspaper Op-Eds about my research. And, once again, I work numerous little part-time jobs to survive….coming full circle.

Thanks Michigan, for the memories.

Happy Birthday, Barb. I don't know you but maybe you will share where you found the fountain of youth. At Mumford I was a shy student-athlete, got two degrees from Michigan, studied at 3 grad schools at night while working as an aerospace engineer with a Top Secret security clearance during the day. Now retired near Glacier National Park to study and advocate for wildlife and wilderness and denounce global warming. Hope you have a wonderful day.

Hi Adrienne: Now being a Canadian citizen do you receive many proposals of marriage from men in the USA seeking Canadian citizenship so they can escape Donald Trump's America? Have a Very Happy Birthday.

Hi Arnie: Wish I was more adept at using this website but hi-tech has passed me by. I am into being a writer and defender of wildlife, wilderness, and educator on global warming....with 300-400 newspaper Op-Eds published. I do want to thank you very much for the upkeep on this Mumford High site though. I wish you had found a way to post my Facebook picture of the grizzly bear I live with and who chased me into my house on the Mumford site. I cannot figure out how to. That is now my world. Having met Bill and Hillary Clinton and knowing well my US Senators and governors and lots of newspaper editors, I oftentimes get involved with politics also. Once again, keep up the good work.

Back to Bill's Profile Details